Private Peaceful by Michael Morpurgo. Originally a book Private Peaceful was adapted into a one person play by Simon Reade. It tells the story of young Thomas Peaceful, a soldier who looks back over his childhood from the battlefields of the First World War, his memories are full of family life deep in the countryside. But the clock is ticking, and every moment that Tommo spends remembering how things used to be, means another moment closer to something that will change his life forever.

Playing the role of Tommo is Anthony Goncharov. Peninsula audiences will remember him from his role in their hit show Sea of Stories where Anthony played a young boy struggling to fit into his new home in White Rock. Private Peaceful will be directed by another Peninsula favourite, Guy Fauchon. Guy has directed many of Peninsula’s staged readings and they are delighted that he will be back for Private Peaceful. 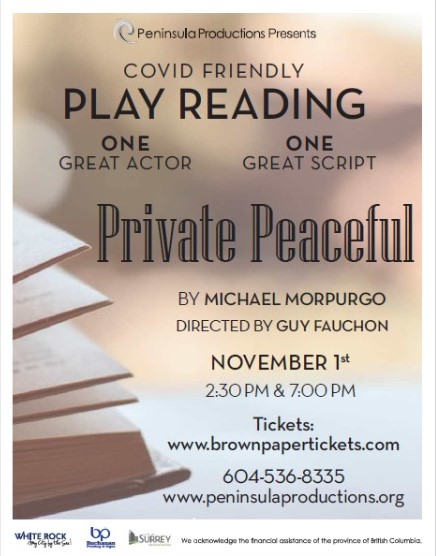 Guy approaches theatre as an opportunity for collaborative storytelling that illuminates the soul. Based in Vancouver, Guy has taught devised theatre creation for the Arts Club’s Creative Teens program, classical text at Bard’s Young Shakespeareans, speech arts and poetry recitation in high school workshops and festivals, and Introduction to Theatre at Thompson Rivers University. The Canada Council awarded Guy the JBC Watkins Award to pursue his MFA in Directing in the USA. He was nominated Best Director for the Kennedy Center American College Theatre Festival for his production of Hair. Other notable theatre credits include Death and the Maiden, How I Learned to Drive, The Nether, Frozen, and Oleanna. (BFA Acting ’91, MFA Directing ’10.) 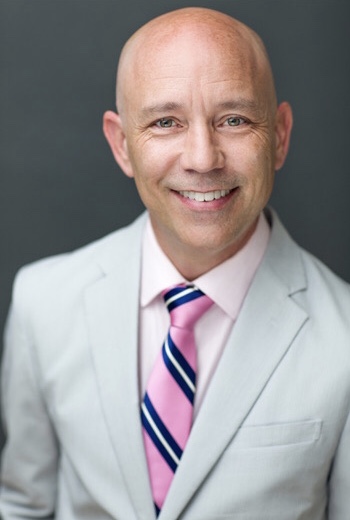 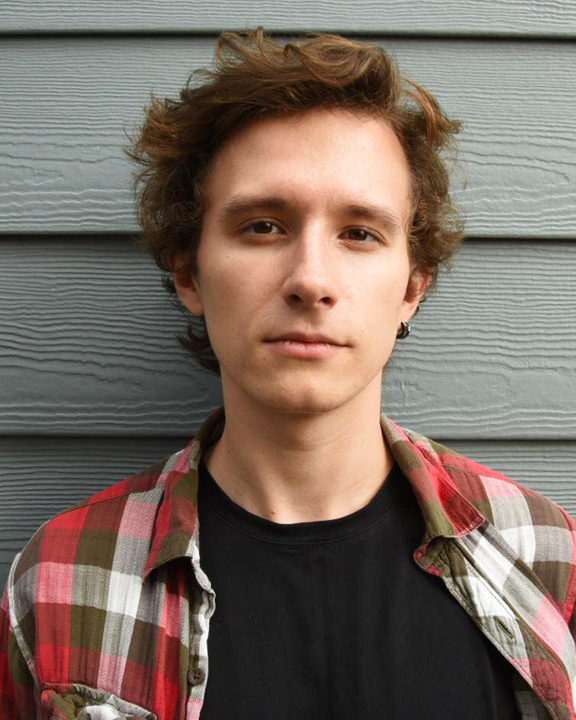 Anthony is an actor currently working on Unceded Coast Salish Territories. He is in his 3rd year of his Honours Bachelor of Music Theatre at Sheridan College in Oakville, Ontario, but is happy to be back home in BC for the time being. Some of his favorite credits include: Concord Floral (PuSH Festival,) Centurions (Shadbolt/Boca del Lupo/Evergreen,) and most recently Pericles: Prince of Tyre (Shakespeare by the Sea Newfoundland.) You may also recognize him as Jeffery from Peninsula Production’s musical, Sea of Stories. Outside of the theatre he enjoys rock climbing and writing about himself in the third person. 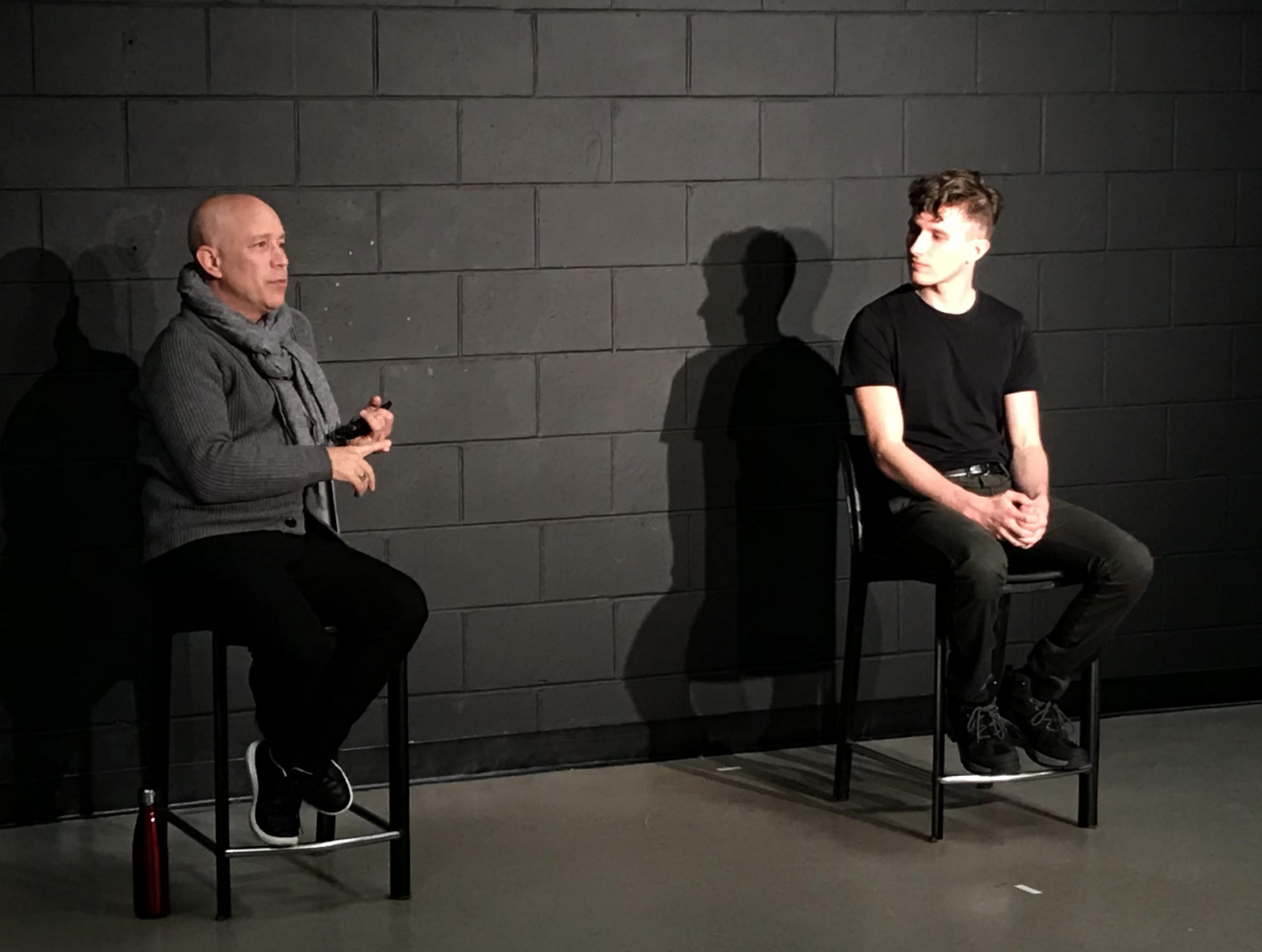 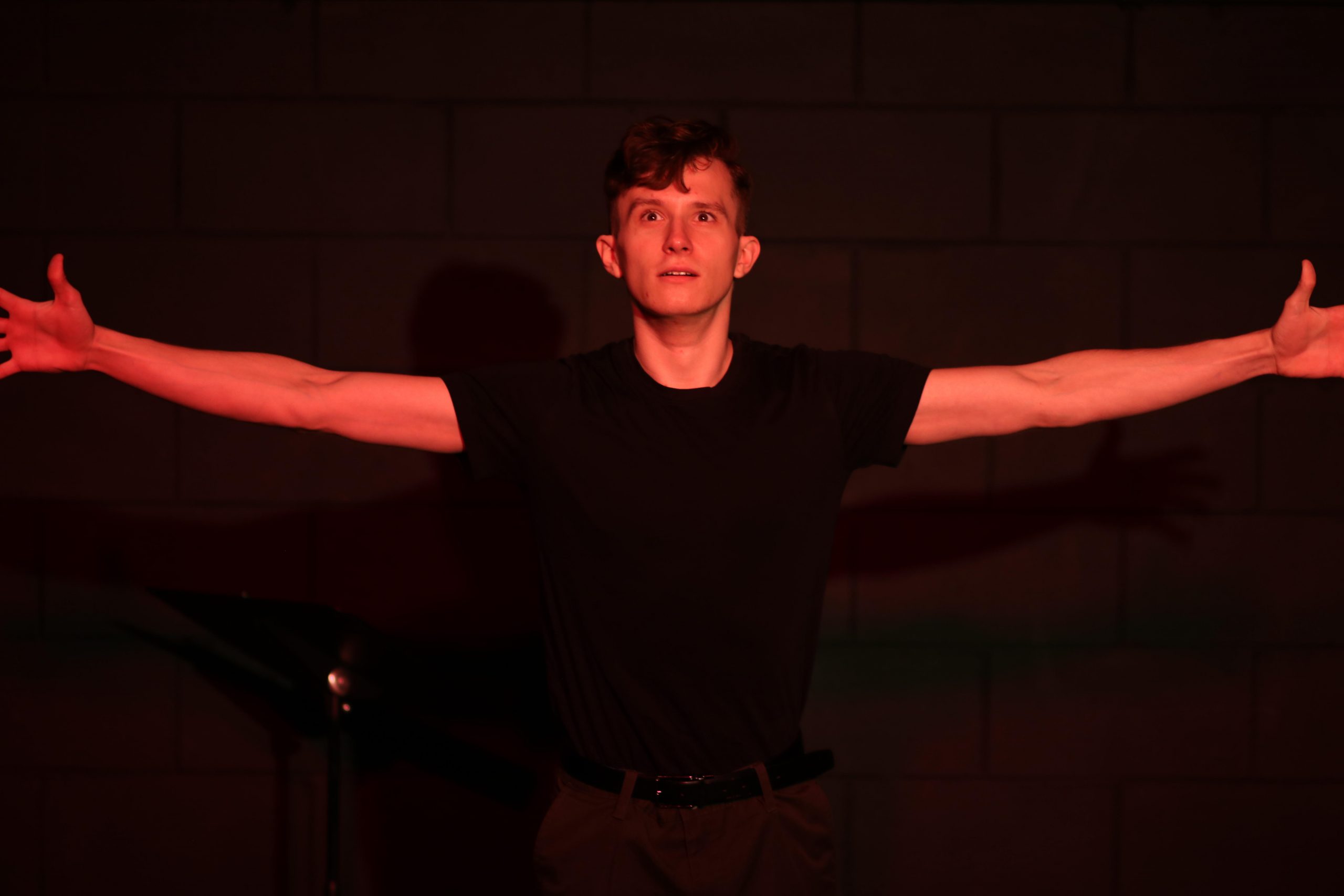