We are excited to preview our 2021-22 season, with the Canadian play Gracie by Joan MacLeod, and starring Lili Beaudoin, who originated the role and won the Betty Mitchell Award (Calgary Professional Theatre) for Outstanding Performance by an Actress in a Drama for her 2017 performance. Gracie is a one-woman show about the story of a girl raised in a fundamentalist community that transports child brides between polygamist communities in both Canada and the United States. 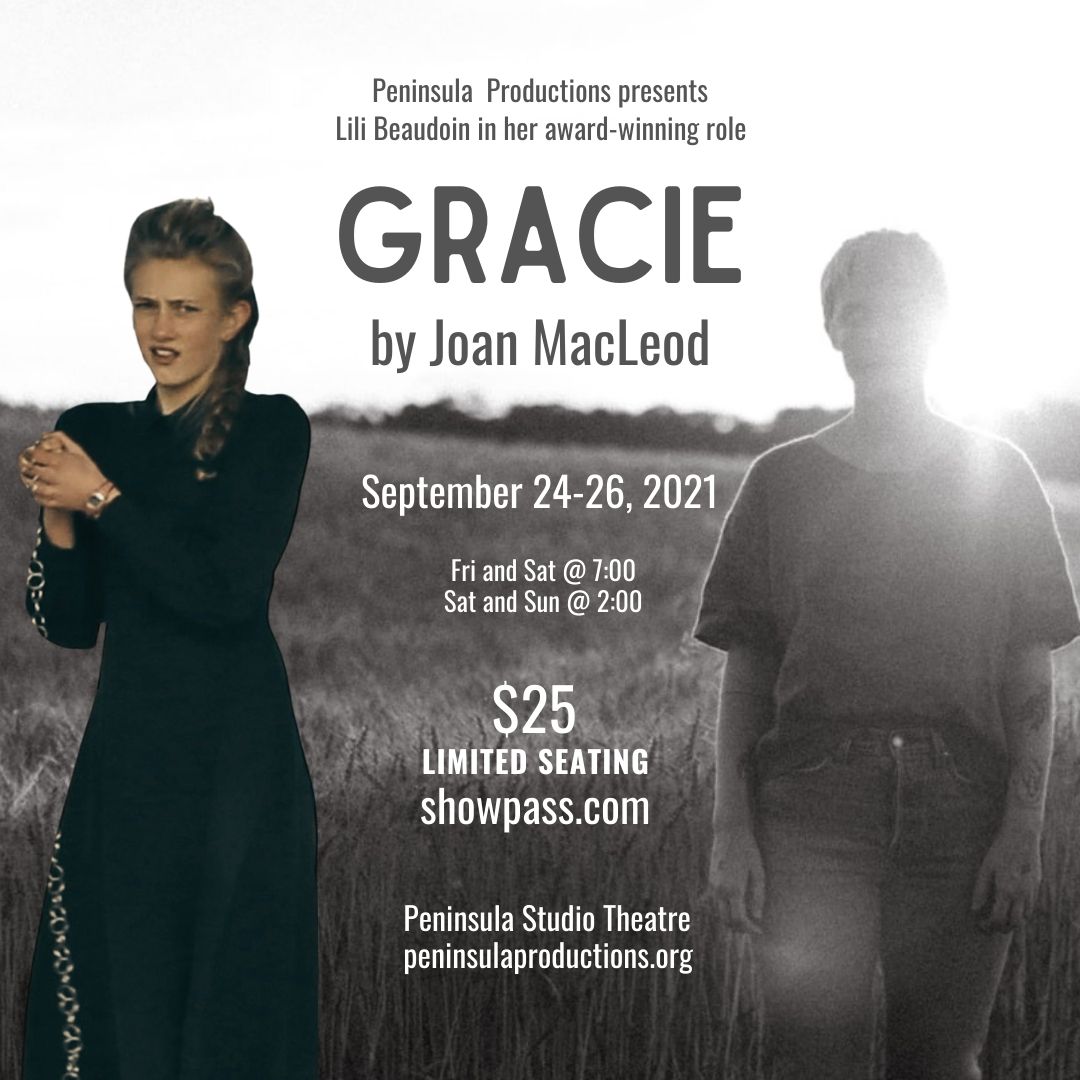 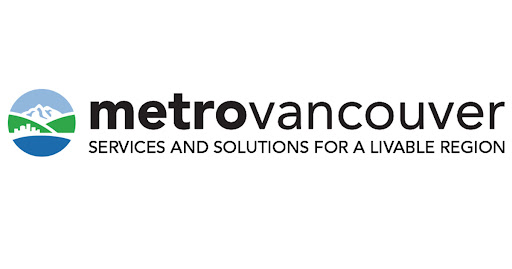 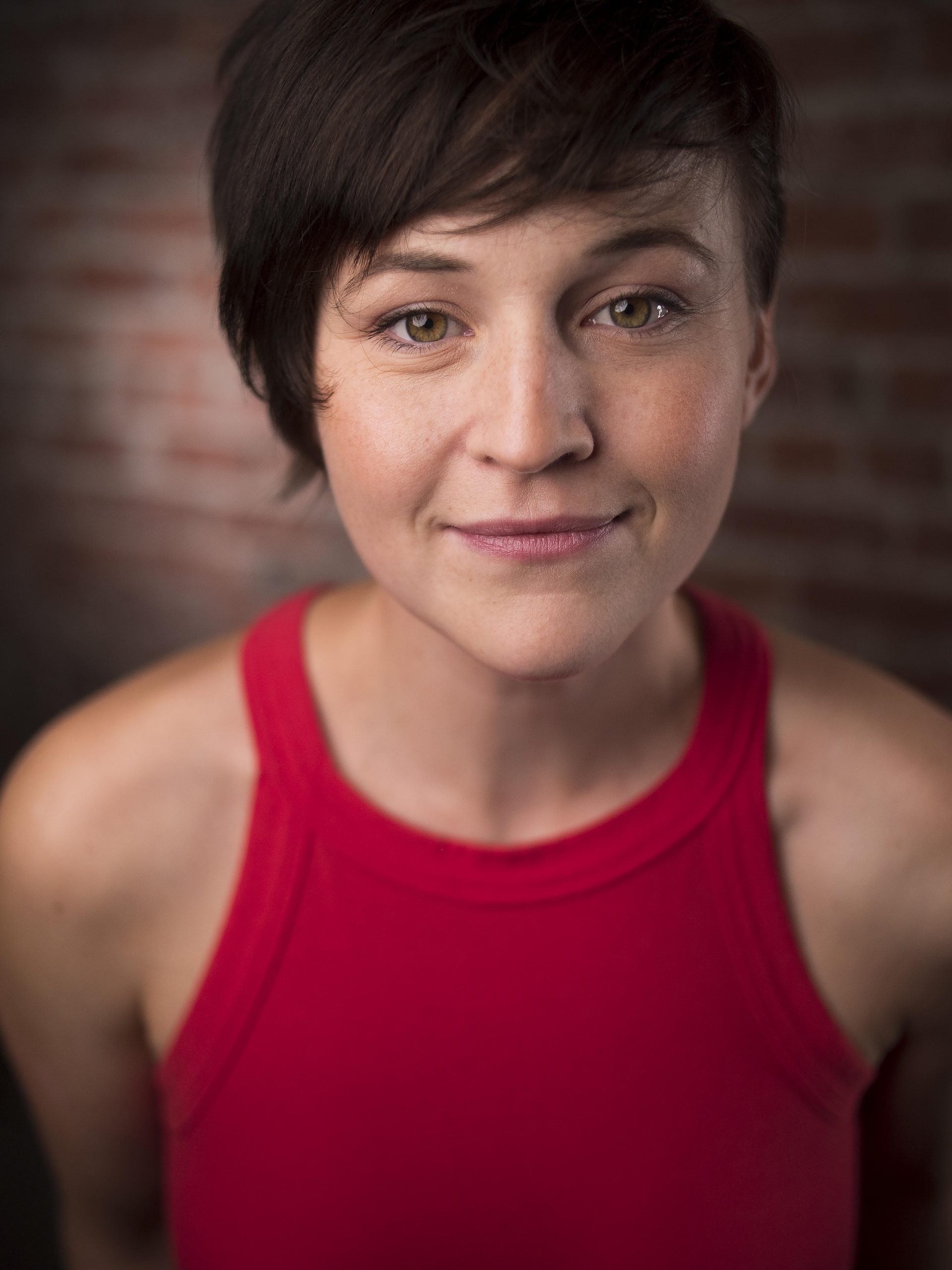 Lili Beaudoin is a Vancouver born performer but has lived and worked in cities all over Canada. Some of her notable stage credits include I, Claudia (Art’s Club),The Nutcracker (Caravan Farm Theatre), Blind Date (Spontaneous Theatre), The Humans (Theatre Calgary), Gracie (ATP & Belfry), Sister Judy (Art’s Club),  The Tempest, Love’s Labours Lost, Midsummer Night’s Dream & Comedy of Errors (Bard on the Beach). Elsewhere Lili’s voice can be heard in several animated tv shows such as Beat Bugs, Littlest Pet Shop, Rainbow Ruby, Max Steel and My Little Pony. Lili is a two time Leo nominee for her work in voice over, as well as the recipient of a Betty Mitchell award for Actress in a Leading Role in Drama for Joan Macleod’s one woman show Gracie. When she is not working, Lili spends her days rock climbing, improvising and walking her two scruffy little dogs.