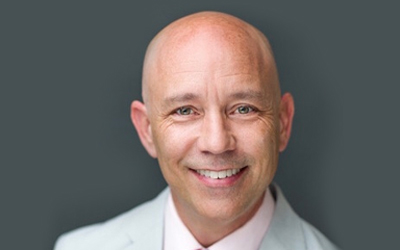 The Board of Directors of Peninsula Productions is proud to announce the appointment of Guy Fauchon as Artistic Director.

Grig Cook, President of the Board, says, “It has now been five months since we have had to
close our doors to our patrons. As for so many of our valued organizations, the required pause has been a period of reflection. For Peninsula Productions, it has been a time to ready ourselves to once again present “Extraordinary Performances.” With the appointment of Guy, our patrons will not only see the return of richly rewarding theatre to our community but be part of new and exciting changes to Peninsula’s venue and artistic development. The Board of Peninsula Productions fully supports the talent and vision Guy will bring to the company.” Fauchon has an established and rewarding relationship with Peninsula, as well as with the White Rock/South Surrey community. He performed in Wendy Bollard’s production of Death and the Maiden, by Ariel Dorfman, in 2014. Following that, he directed five staged readings for Peninsula: How I Learned to Drive, by Paula Vogel; Jacob Marley’s Christmas Carol, by Tom Mula; The Nether, by Jennifer Haley; Frozen, by Bryony Lavery; and Private Peaceful, by Simon Reade.

Fauchon offered these thoughts. “I am thrilled and humbled by this opportunity — to be entrusted with guiding the ship Wendy Bollard and Geoff Giffin so lovingly crafted 10 years ago. This marks a return home in many ways. I began my theatre training here, under stalwarts of the arts, such as Carol Kennedy and Rose Lougheed at White Rock Elementary, and Rick Harmon at Earl Marriott Secondary. After high school, I helped create Xempt Theatre with the likes of Dean Paul Gibson and Michael Gall, and my first professional acting job after university was with Arena Theatre (in the building directly across from our space!), under Anna Hagen and Terry Kelly. I have roots here. This community nourished me, and now I’m grateful to till new soil.”
Guy Fauchon’s resume includes a variety of roles, not just in the arts, but also in the corporate world of public relations. He holds a BFA in Acting from the University of British Columbia and an MFA in Directing from the University of Alabama.